I’m enjoying coffee with the Gods this morning. My wife and I went to dinner last evening with some good friends. We enjoyed a nice meal and a very nice conversation. Thank you, guys!

I find the discussion of the philosophy of God fascinating. If you know me you’ll know that our discussions usually end up on the subject of God and religion. Depending on the company, we’ll discuss either the arguments for God or the arguments for atheism. Some people think that I’m a Christian through our discussion. Some will think I’m an atheist. I appreciate good, open-minded conversation to see what one believes and how they became to believe that way.

I can usually tell when someone isn’t comfortable in our discussion – a sign for me to back off or change the subject. They will usually try to convert me or to convince me that they know the truth. I’ve heard most if not all the arguments for God (and for atheism) and not interested in being converted to anything. I simply enjoy a good, philosophical conversation without admitting to any truths or condemning anyone’s beliefs. 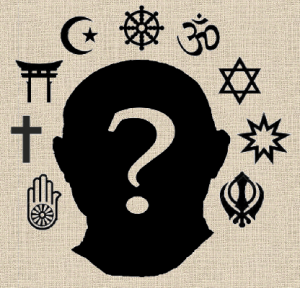 What about an afterlife, someone asks? There are many theories of an afterlife. Why does it matter what I believe? Will that make it true? There are many who have “died on the table” and claim to have been there. They claim to know the afterlife. It’s ironic how their particular religion comes into play while they’re dead. If their evidence is the truth, then someone is lying because wouldn’t the afterlife be the same for everyone? I don’t know whether there is an afterlife or not. It’s a mystery and will remain a mystery to me.

As you can tell, I’m not smart enough to know whether God does or doesn’t exist. The arguments for God are strong and the arguments for atheism are strong. There are thousands of religions in the world all claiming to know the truth about God through their religion and rituals. What I see in most cases, are that beliefs in a particular religion are established by geography. For instance, if you were born in India, your beliefs will probably be in Hinduism. Most people in Indonesia believe in Islam. And the majority of Americans are Christian. And even in America, your beliefs in Christianity are dependent on what part of the country you’re from. If you were born in the Southeast, you’re probably a Southern Baptist. The Northeast has a lot of Catholics. And the North has a lot of Lutherans.

For now, I will enjoy my coffee and whoever will join me in conversation. Life is short, as they say. We have to make the best of it right now whether or not there is something afterwards. Loving and being kind to each other in all our beliefs is my religion. No sacred books. No rituals. Just peace.